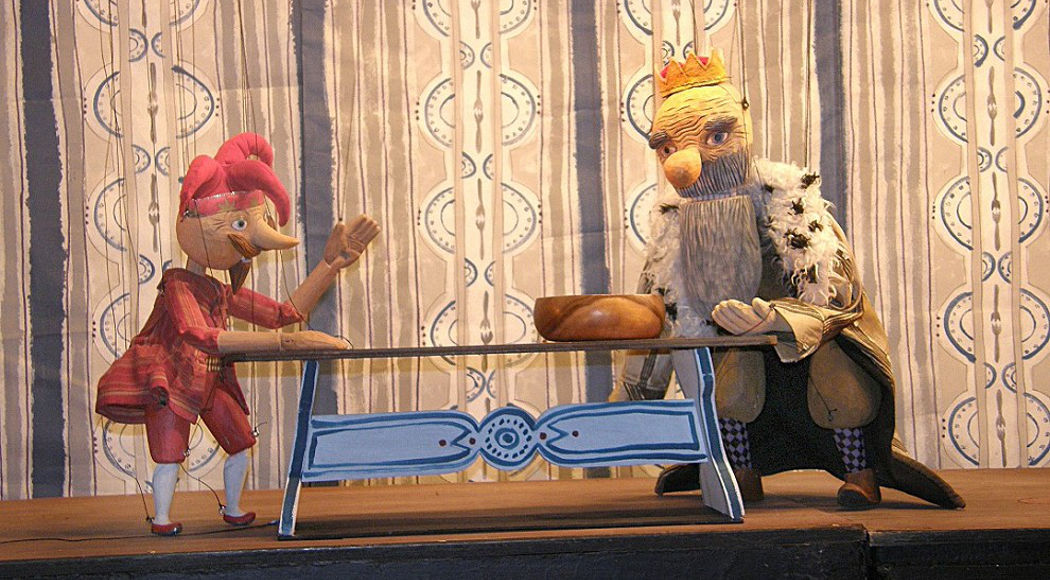 A fairy-tale about the power of love. The old king feels it is time to entrust the rule over his kingdom to one of his three daughters – the one that loves him the most. The youngest, Maruska, fails her father’s expectations about proving how deep her love him is. By the performance Sůl nad zlato we remind 195. anniversary of Božena Němcová birth.